Have Questions? Ask Us!

Drupal is the purest form of CMS (content management system), powered by a very large and active community. Drupal is a free and open-source web content management framework written in PHP and distributed under the GNU General Public License.

It also provides you with excellent support for plugins. Although its API is quite sophisticated, you don't need to be an expert in programming to understand the workings of this software. It also provides a backend framework to more than 2.3% of all the websites on the internet, ranging from personal blogs to corporate, political, and government sites.

Drupal For Travel Agencies is a flexible CMS based on the LAMP stack. It is a technical software that lets its users add, edit, publish or remove content from their website. A CMS comprises of two major elements:

The basic installation of Drupal Travel Agency provides you with a ton of optional modules, which can be used to add lots of interesting features including forums, profiles, user blogs, OpenID and more. Drupal allows you to create a site with social features easily. With a few elements, you will be able to create an interesting website with very little effort. It can run on any computing platform that supports both a web server capable of running PHP and a database to store content and configuration. 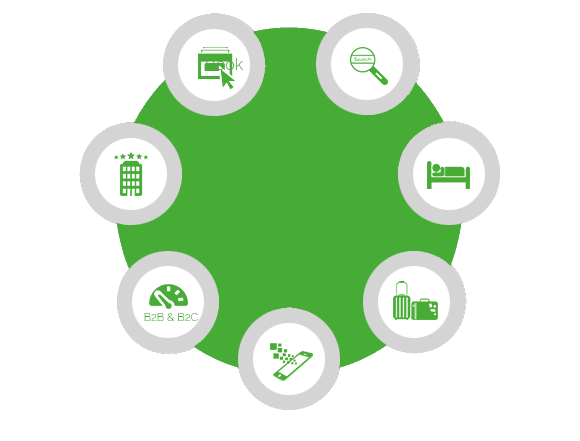 Systems also use Drupal for knowledge management and business collaboration. The most popular Drupal Travel feature is the Taxonomy module a feature which allows the multiple levels and different types of categories for content types, where you can find plenty of professional Drupal themes too, which are prepared to be customized.

1. Flexibility - This is one of the main assets of being a Drupal For Travel Agencies. It has the capacity to generate and manage a wide variety of content types, polls, podcasts, statistics and blogs. Because of this feature, Drupal permits a flexible design platform to create content-rich websites for a variety of different markets like media or commerce. It also includes capabilities, skills of design elements editing, which makes it relaxed to create both simple and complicated web page configurations.

Customizability - Drupal is flexible as well as highly customizable, it allows you to modify, adjust and implements infinite wealth of additional custom features into your website including security, CRM, social media and SEO. Drupal boasts of more than 16000 modules and plugins.

Scalability - Scalability is another strength of Drupal Travel Agency. It will help you in growing the number of web pages exponentially and without fluctuating. Because of this, Drupal is great at accommodating content growth and alternating between periods of constant traffic and high traffic spikes.

Community - Drupal is an open-source software CMS. It follows an approach in technology that allows the exchange of ideas and innovation. It offers general public documentation, which is well-developed with discussion boards, chats and mailing lists.

Security - Drupal offers unshakable security. The annual Drupal security of 2015 has reported that “there have been no widely exploited vulnerabilities in Drupal core for which there was no patch or upgrade available at the time of public disclosure”. In short, the CMS is extremely secure and offers regular patches and safeguarding from exploits, making it a great choice for enterprise clients.

Conclusion - Drupal is very popular and is widely used because of its open-source code. This content management system is completely free which allows it to compete with other parallel products such as Joomla and WordPress. In addition to that, the system code is open, allowing users to reconstruct it according to their desires. Drupal was originally developed for professional webmasters, as it was initially developed with an idea that mainly professionals are using it. With time, Drupal has been able to attract laymen users by offering them an easy to use API.

With the help of Drupal, web developers can create resources, neglecting the difference between the complex and original designs. This significantly distinguishes Drupal from its main free CMS competition, which does not possess the ability to create complex designs. Drupal works at high-speed as compared to the other CMS because of its built-in caching. With the presence of additional functions like built-in queries, forums, and multi-blogs, any project created with the help of Drupal is easy to market. This system has increased its protection and security, making it almost impenetrable. All the above-stated advantages allow comfortable working with the structure and content of the site easily and quickly adapted and possibilities of CMS coding for specific needs of the customer site, and then to extend and supplement them. If you create a site on Drupal, you will experience the full potential of a website.

The beauty of Drupal lies in its open-source platform, where developers can continue to create and examine new modules which will help in improving their digital experience. A Drupal module is a collection of files including the functionality such as PHP, JavaScript, and/or CSS files that extends site features and adds functionality. The features and functionality let you install modules, and you can turn them off by uninstalling them. As before uninstalling, you may need to remove the data and configuration related to the feature or functionality.

Some of the most commonly used modules include the following-

It lets the site administrators create content dynamically in types by extending the database scheme. Whereas the "Content-type" describes the kind of information. These content types are not limited to, events, invitations, reviews, articles, and products.

It facilitates the retrieval and presentation, of a database through an abstraction system of content to site visitors.

With the help of panels, you may drag and drop the layout manager that allows site administrators to visually design their site.

Rules conditionally executed the actions based on recurring events of the Drupal module.

It allows the definition of sections of the site where Drupal features can be conditionally activated.

The early beginnings of the Drupal module-

Drupal 1.0 was released on 15th Jan in 2001. It was initiated with 18 core modules, each being a PHP file. Dries Initially focused on the modularity of Drupal. Its modular design provided continuity, adaptability, flexibility which in turn allowed people to customize their site according to their needs and likings. This system depends on SQL to modify and manage the themes, layouts, content and many more. The main reason behind the extreme victory of Drupal is that from the starting it was possible for each user to become a contributor.

Drupal 2.0 was released on 15th March in 2001, it has 22 core modules, added user ratings, and a section for stories. It was established just after the 2 months of Drupal 1.0 with the translation feature inbuilt which allows the user to either create or overwrite their website in different languages. Drupal 2.0 provides a framework to set up a multilingual site.

Drupal 3.0 was released on 15th September in the year 2001 with 26core modules and concept of “nodes” instead of “pages” So, each and everything now occurs as node whether it is a forum, story, blog, diary, or book and these are managed by node module only.

Drupal 4.0 was released on 15th June 2002, with 100 major websites, which already had inbuilt with Drupal, and now Drupal became an international open-source project. Drupal 4.0 brings in the Taxonomy module, which substitutes the meta tags and attributes. From this stage, Drupal looks more like an enterprise CMS.

Drupal 5.0 was released on the 6th anniversary of Drupal on 15th Jan in 2007. Drupal 5.0 sported jQuery, a JavaScript library that makes HTML scripting easier. It also reorganized as a module directory structure which means all modules have their directory. Like CSS preprocessor- In which all (cacheable) stylesheets are now summed up into one compressed file, to make your site speedy, especially for first-time visitors.

Drupal 6.0 was released on 13th February 2008, with the core modules 34, and was adopted by whitehouse.gov as their CMS, which became one of the greatest achievements for Drupal. Drupal 6.0 also launched the easiest version of Drupal at that time. The Main features of Drupal include the following and have become more effective, efficient and powerful-

Drupal 7.0 was launched on 5th January 2011, with over 11000 contributed modules, more than 600 themes. Drupal from a simple blog site to large corporation site and became the trustworthy platform world widely. Some of the features of Drupal 7.0-

Drupal 8.0 was officially launched on 19th November in 2016 with more than 60 core modules, came up with the concept of Build something Amazing.Drupal 8 includes new features and improvements for both users and developers, including a revamped user interface; WYSIWYG and in-place editing; improved mobile support; added and improved key contributed modules including Views, Date, and Entity Reference; introduced a new object-oriented backend leveraging Symfony.

Adivaha is a one-stop-shop for all your travel website needs. We offer a multitude of services that empower you to become a market leader. Contact us for more info.

Become a supplier to agents by integrating our B2B module.

Cater to corporate clients without any fuss.

Get plugins for websites made with Joomla, WIX and many more!.

Integrate API's from other vendors into our plugin .

Get API's of global travel consolidators.

The Internet is a huge resource, but
if your question requires particular expertise.

I appreciate them effort ,profissional…

I appreciate them effort ,profissional and Mr. parshant is very friendly .and they finish everything in 3 weeks API flights and API hotels .thanks adivaha. 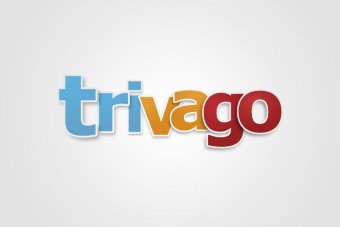 How can I build a website similar to Trivago?

You can surely use some of the Big aggregator companies or build your own aggregator which should be able to cache results from third-party sites. You must have an affiliation with OTA ... 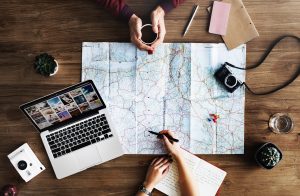 How do I start a OTA hotel booking site like booking.com?

There are two ways, either you do a contract with every single hotel as said by our friends above. But this will take a lot of time feeding hotel contents, put contracts at place and other similar jobs... 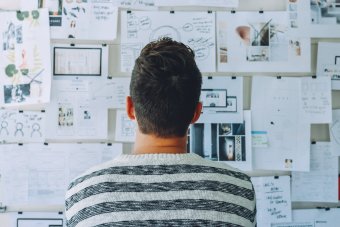 Encash your Ideas with the best WordPress Travel Affiliate Theme

Clients regularly buy more than items — they likewise buy experiences, feelings, and ideas. This implies you can’t simply position items on an online page and feel that is the manner by which to get clients...

Keep Refreshing your customers - Who doesn't want his site to stand out from crowd? Adivaha gives you multiple options for home pages, headers, colors etc. Which can easily be managed from admin via shortcodes and settings. The theme supports almost all the big players in this market ie, WEGO, Travelpayouts, Agoda, Booking, Expedia etc.

Below are some of the questions asked by visitors. Do visit our Adivaha Digest for more such questions. Don't hesitate to ask us if you have any questions

Have something unique in mind? Drop a message.